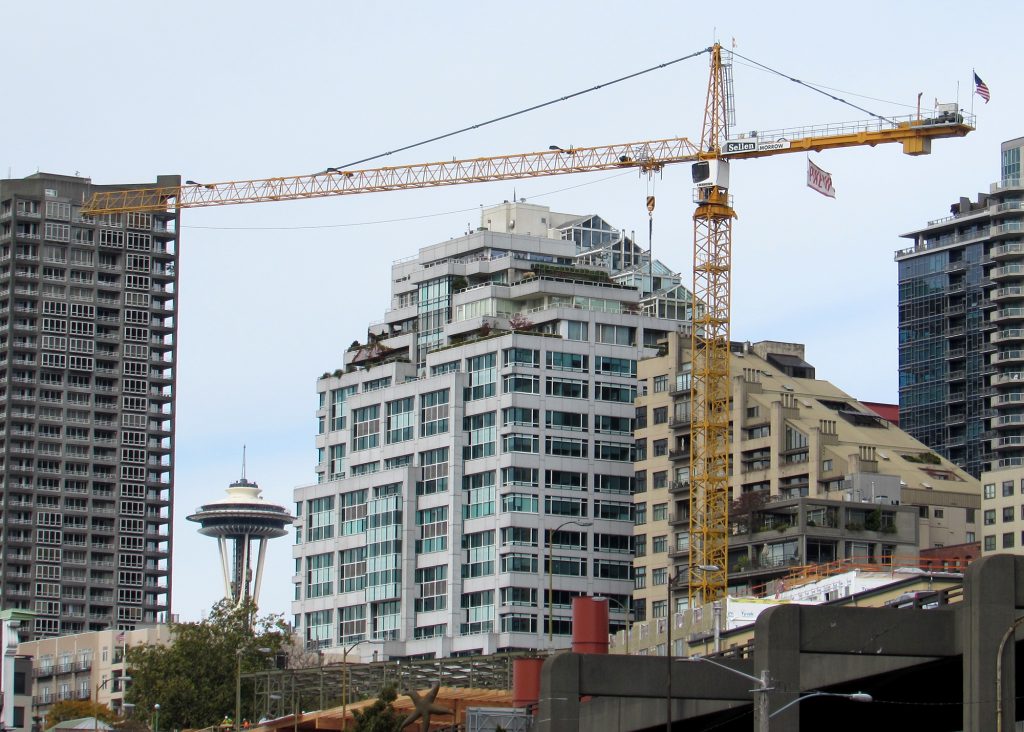 The number of construction cranes within Seattle has decreased by 13 over the past six months, according to Rider Levett Bucknall’s semi-annual Crane Index. There are now 45 cranes within the city, down from 58 last summer. Despite the 22 percent drop, Seattle remains the crane capital of the United States.

This is the first time since 2015 that Seattle’s crane count has dipped below 50. However, the numbers could be skewed by projects that are just starting or finishing. The new projects will be part of the next count in May.

Developments around the city continue to include high-tech offices, apartments, and focused around transit corridors. Mixed-use developments comprise one third of the city’s count. Other active developments include education, commercial, hospitality, transportation, and even upcoming condominium developments. The neighborhoods seeing the most development are South Lake Union, Capitol Hill, and University District. 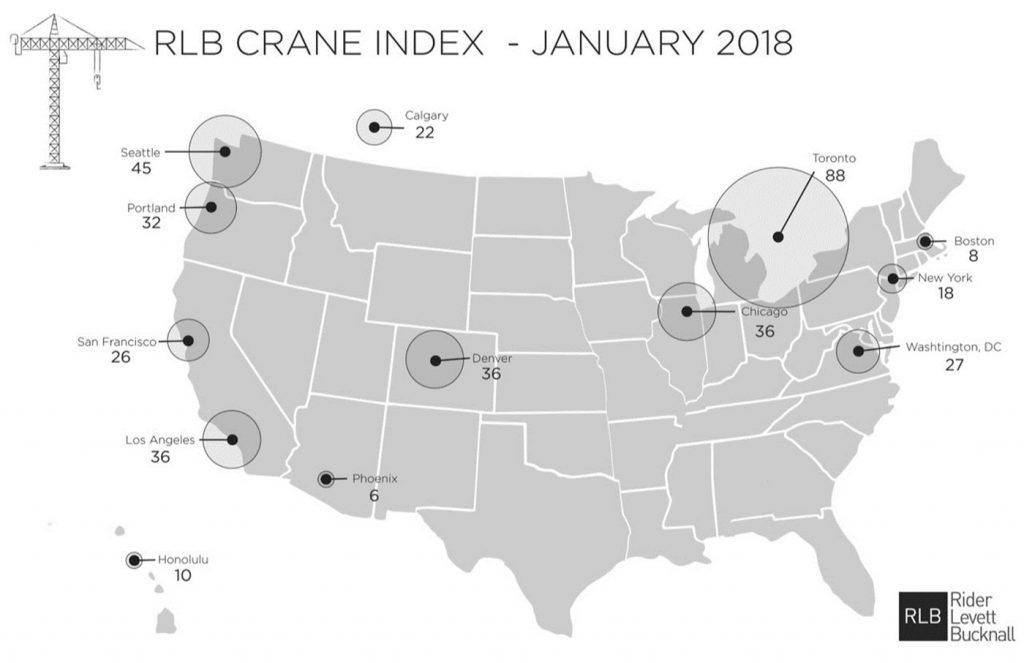 Los Angeles, Denver, and Chicago tied for second with 36 cranes each; Meanwhile, Portland took third with 32 cranes. Although Seattle leads the country in crane count, Toronto has the most in North America with 88 cranes, up from 72 last summer.